By former Careers Service employee Bryony Spencer – who has recently made the move to the Big City.

Something I learned during my time at university is that you should always say “yes” to the things that scare you. Typically, these are the things that teach you more about yourself – what you enjoy, what you’re capable of, what drives you, and what you want to do more of in the future. For me this meant studying abroad in Sweden for six months, but examples could also include skydiving, bungee jumping or para-sailing – or even applying for a job that requires you to move to London. 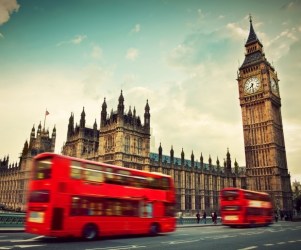 For those of you who’ve come to The University of Manchester from London or elsewhere down south, this might not seem like a big deal. But for a proud Northern girl who’s lived her whole life in Manchester (aside from my aforementioned study abroad period in Sweden, from which I knew I would come home after six months), a permanent move to the capital for a new job seemed a very big deal.
Here’s why:

So, why make the move then? Well, my enthusiasm for the job I was applying for won out over my concerns about living in London. Let’s not forget this was a job I had applied to and been rejected from just one year before. This graduate scheme would set me up for the marketing career I hoped to have, allowing me to work on truly impactful campaigns while exposing me to exciting clients and valuable contacts for my future. There was no way I could let this opportunity pass me by! 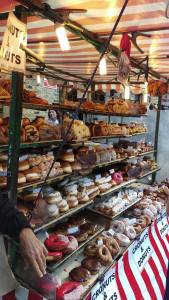 My first few weeks as a London resident have already contained their fair share of challenges. I moved in to be greeted by a flat caked in dust and grime, uncleaned since the previous residents left, and so had to stock up on cleaning products and give the place several goings-over before I could get settled. I navigated two tubes and a bus to get to IKEA to fully kit out my room. I’ve faced the hustle and bustle (and commuter rage) of Oxford Street, sourced a local gym that won’t break the bank, and survived scorching 31 degree heat, the likes of which the North has never seen.

Tonnes of new experience racked up, and I’ve still yet to start my graduate scheme – but I know however tough it gets, I’ll be pleased and proud to be doing something I enjoy and taking great steps for my future. I’m confident that I’ll overcome those challenges just as successfully as I overcame the limescale-riddled kitchen sink of my flat.

Plus, London’s not all bad. Yes it’s busy and yes it’s pricey – but a visit to the British Museum, a sunny stroll through Hyde Park, a taste of Camden’s markets and my upcoming graduate scheme are all experiences I wouldn’t have had access to if I had stayed home in Manchester.